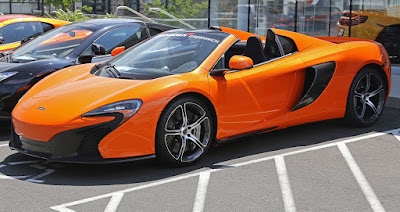 With McLaren’s design ethos of “form follows function”[16] in mind, the 650S design is inspired by the McLaren P1 which results in more downforce generated by the vehicle.
- October 16, 2018

Email ThisBlogThis!Share to TwitterShare to FacebookShare to Pinterest
Labels: McLaren